Now, back to back four films coming and Hindi music video is coming.

AEF has the following divisions: 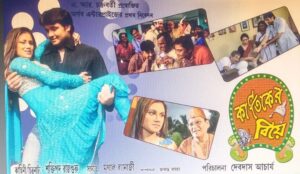 Arnab Enterprise Films was founded by Ajoy Ranjan Chakraborty and Arnab Chakraborty in 2008.