Continually growing and adapting as he goes from one avenue of entertainment to another, prolific prodigy Sura Uysal is all set and driven for success 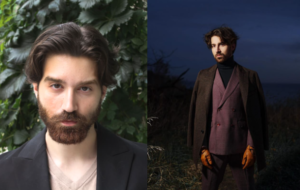 Taking the entertainment world by storm with his alluring acting skills and admirable good looks, model and actor, Sura Uysal is sculpting a riveting life trajectory.

Based in Toronto, Ontario, the budding artist is battling all odds to achieve what he set out for after moving to Canada. Amongst a string of brilliant feats and accomplishments, Sura Uysal has featured on beloved and famed singer- musician Kulbir Jhinjer’s music video, ‘Still Around (Gucci da Sapp)’, which dropped for audiences in 2020. The captivating Punjabi single and music video has already amassed over 10 million+ views on YouTube and showcases Sura Uysal in his element, magnetizing audiences with his dynamic acting and charm. 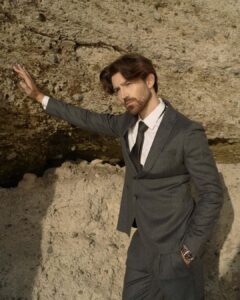 Few male models and actors can make an impact so early on, in the way that Sura Uysal has continued to inspire, amaze, and stun through his sundry artistic projects. The dynamic artist has also received several prestigious accolades, including being selected as a 3rd Runner Up in the High Fashion category at Super Model Canada 2019. Follow Sura Uysal’s journey in the entertainment world on his social media! For interviews, reviews, acting/modelling features, opportunities, and collaborations, make sure to reach out to the artist through email.

Sura Uysal is a Model and Actor who is based in Toronto, Ontario. An eclectic talent, Uysal started his career as a model in 2017 after being selected as 3rd Runner Up in a prestigious modeling competition in Istanbul by famous designer Ugurkan Erez.

Shortly after, Sura Uysal stunned audiences once again with his prowess, playing a role in the TV series; “Unutma Beni” and moved to Canada.