Brindabon Das is a Bangladeshi television actor. He is well known for his acted role in Bengali TV dramas, films and also he has worked with many TVC. He made his debut in 90s TV series. He is the husband of actress Shahanaj Khushi.

Brindabon was born in 1970 in Pabna. He is married to actress Shahanaj Khushi . They are blessed with two children named Dibbyo Jyoti, Soummya Jyoti. 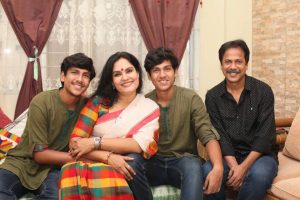 Brindabon started his acting career for in 90s early, later he became one of senior Bangladeshi TV actor, he acted with many top Bangladeshi actors including Chanchal Chowdhury, Mosharraf Karim and Zahid Hasan.