Devaj V (born October 15 2004) more commonly known by his online alias Dev Broz, is a Indian YouTuber who gained fame after releasing some videos on YouTube concerning DIY and How to make. Devaj and his twin brother Devang hails from Kozhikode, Kerala started Dev Broz YouTube channel on 2015 April 26.As of August 2020, Dev Broz channel has over 160k subscribers and 16 million views.

Devaj is currently a student, studying at 10 grade  (as of 2020). They started their YouTube channel when they were studying in 5th grade ,In 2018 one of their videos got viral and the channel got a rapid growth. On ‎November ‎24, ‎2018 Dev Broz hits 100k subscribers. In February 11, 2019 Dev Broz channel officially accrue The YouTube Silver Play Button. 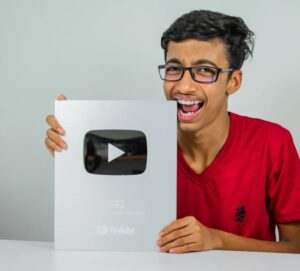