Laraman is an Honduran YouTuber living in Miami, who dedicates his YouTube channel to “trolling in the streets” type of videos using a lot of Honduran slang. He also produces music parody videos, spoof news anchor, short films, pranks, skits, etc. Before YouTube, he was a student at Miami International University of Art & Design, becoming a pro in Visual Effects & Motion Graphics. When he’s not active on YouTube, he is always posting crazy stories and Behind the Scenes/short skits videos to his Instagram page.

Laraman was born on April 24, 1993 in San Pedro Sula, Honduras. He completed his early schooling in Angels Bilingual School and studied in Academia Americana. He has earned degree from Miami International University of Art & Design.

Laraman started with a small digital camera recording adventures at different parks in Honduras. While attending middle school, in 2006, YouTube has just started. So Laraman uploaded his adventures to Youtube under the channel named “Caca Seca Records” and every day his popularity was growing like foam. Caca Seca Records was Laraman’s first YouTube channel, which consisted of short skits and news anchor with a funny Honduran touch.

Later, on 2014, Laraman decided to convert Caca Seca Records into a second channel for behind the scenes and vlogs only. And opening a brand new channel called “Laraman TV” consisting of short films, skits, pranks, “trolling in the streets” type of videos, music parodies, and every other comedy type of video that comes suddenly to his mind.

Two of his videos, “Laraman Rebanando Gringos en Houston” and “Laraman Entrevista a Juan Orlando Hernandez” has over 1 Million Views each, and over 200,000 Subscribers. 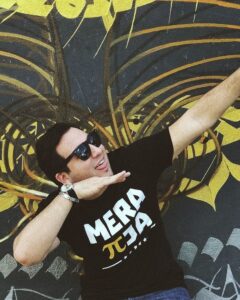 Laraman TV has been, since 2014, a global sensation starting at Honduras, moving up to Miami, and getting spread through every Hispanic community around the world.

Laraman has been featured in numerous TV shows in Honduras, Miami, Houston. He was a competitor for the 1-day Celebrity-Only special “Calle 7 Honduras” TV show. 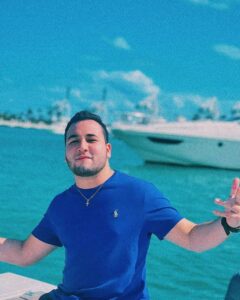