Lotay Tshering (Dzongkha: བློ་གྲོས་ཚེ་རིང་) is a Bhutanese politician with medical education, who is now the Prime Minister of the country, occupying this position since November 7, 2018. Since May 14, 2018, he is the chairman of the United Party of Bhutan.

Lotay Tshering was born in March 14, 1968 in Mewang Gewog, Bhutan in an ordinary family. He was educated at Punachsky secondary school in Sherubts. Then he studied at the Medical College of Mymensingh, Bangladesh.

In 2001, Lotay Tshering became a Bachelor of Science. In 2007, he studied urology at the Medical College of Wisconsin ( USA ), thanks to a grant from the World Health Organization . Upon returning to Bhutan, he became the only practicing urologist in the country.

In 2010, he was trained in endocrinology at the Singapore General Hospital and Okayama University in Japan . In 2014, he received a master  degree of Business Administration at the University of Canberra , Australia.

Lotay Tshering is married and has a daughter. While working at the hospital of Mongara, he adopted a girl and a boy.

In 2013, he took part in the Elections to the National Assembly of Bhutan, but his party did not go to the next round. On May 14, 2018, Lotay Tshering received 1,155 votes and was elected chairman of the United Party of Bhutan, just five months before the parliamentary elections.

On November 7, 2018, he replaced Töring Tobgay as Prime Minister and was sworn in as the third democratically elected Prime Minister of Bhutan. December 27, 2018 arrived with a three-day visit to India, which was his first foreign trip after taking office. On November 3, 2018, he announced his appointments in the cabinet of ministers. 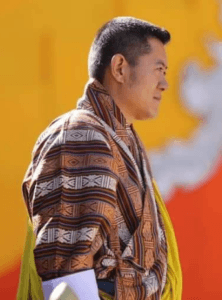 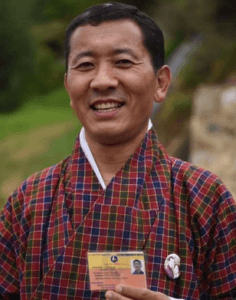 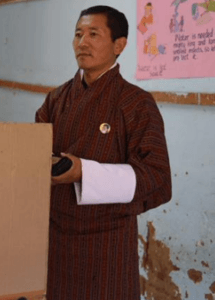 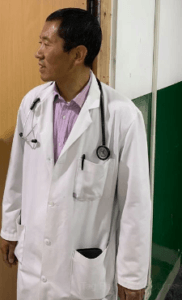