Mizanur Rahman Azhari is a Bangladeshi Islamic scholar, public speaker and Islamic preacher who’s wazz loved by the audience, as of now, Azhari is one of notable Islamic scholar in Bangladesh. He has gained popularity in a very short time in Bangladesh as well as in Malaysia. He earned the title of “Azhari” after completed PHD in Islam from Al Azhar University, Kairo, Egypt.

Mizanur Rahman was born in a Muslim family on January 26, 1991 in Demra, Dhaka, Bangladesh. His father  is a Madrasa teacher and his mother is a housewife.

In 2004, Mizanur Rahman Azhari passed the Dakhil exam with GPA-5, and in 2006, he passed Alim with golden GPA-5 Galen GPA-5 and placed merit top 5 in Bangladesh.

Mizanur Rahman Azhari was the 1st-ranked student among thousands of Qoami and Alia Madrasah students in the Egyptian government’s scholarship exam organized by the Islamic Foundation in 2007. He went to Egypt to graduate from Al Azhar University in Egypt.

From Al Azhar University, he passed the Honors with 90% CGPA from the Department of Tafseer & Quranic Science in 2012.

After 5 years of education in Egyp, he graduated from Malaysia International Islamic University with a bachelor’s degree and an M.Phil and a PhD.

In 2013, he traveled to Malaysia. He completed his past graduation and MPhil from the University’s Department of Quran and Sunnah Studies. His CGPA in the Masters was 4.82 out of 5.

The content of his research was M Philly’s “Human Embryology in the Holy Quran: A Comparative Analysis Between Tantawi Jawhari & Zagloul Najjar’s Interpretation. 01997 fofa 903” is a PhD candidate at the University. He is currently pursuing a PhD on the topic “Human Behavioural Characteristics in the Holy Quran: An Analytical Study”. Note that the medium of study for his MPhil and PhD was English. 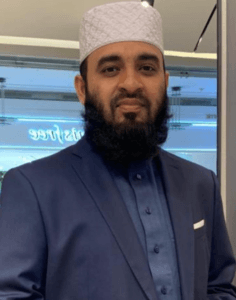 He studied in Al Azhar University,Cairo, Egypt. Obtaining the First Position in the Examination of Al Azhar Scholarship in Islamic Foundation Bangladesh under The Ministry of Religion. 2007. Grant from Sweden-Bangladesh Trust Fund. Economic Relation Division. Ministry of Finance. 2009.

Mizanur Rahman Azhari is married. His wife name never published by any sources. However, his wife is most known as Mrs Mizanur.

Mizanur Rahman Azhari started is preacher career in 2010 and he got huge fame around the country in 2015, his speeches are very important to his fans.

Mizanur Rahman Azhari got some controversy from Gias Uddin Taheri fans. Taheri described him as a “Kafir” for not accepting the Kiam fact. Taheri fan made some noise and they wanted to ban Azhari from Bangladesh. However, they didn’t succeed.

Mizanur Rahman Azhari earned fan-base around the country in a short of time, he gained popularity in Malaysia, Qatar, Kuwait, USA, Turkey and UAE.

In December 2019, there was a count on Azhari’s mahfil and the result was around 1 lakh 63,000 people has joined in the Mahfil in Kishorganj. 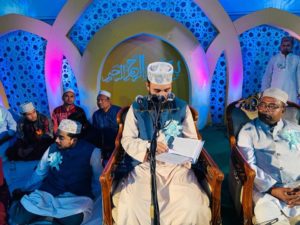 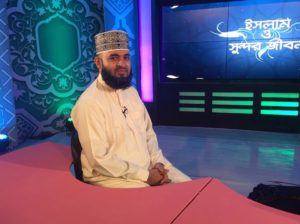 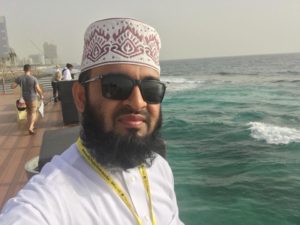