Najmun Nahar is the first Bangladeshi world explorer who has visited 135 countries and created a record carrying Bangladesh’s flag around the earth with immense pride. She is an exceptionally rare woman in contemporary world history who has travelled alone by road many thousands of miles, one country to another country holding a flag of her own country. Najmun is eyeing to reach the 200 mark in travelling countries across the earth.

Najmun Nahar was born in Lakshmipur, Bangladesh. Her father Md Late Md. Amin was a business man, and her mother is Tahera Amin. Her Grand father Al-Haz Ahmed Ullah was an Islamic Scholar and traveler. From 1926 to 1931, he travelled so many countries in the middle east. Her Father’s encouragement was the biggest inspiration in her life! He gave her all kinds of books to read. Though she was interested in travel books. 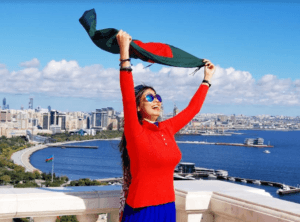 Najmun Nahar is not married yet and her relationship status is single.

Najmun Nahar has worked as Research coordinator at Swedwatch, Sweden. Also she worked as a researcher at many different research projects. In 1997 to 2011 she was associate with Bangladesh girl guides association as a volunteer.

She has been invited to share her adventures and give motivational speeches around the world with many drawing inspirations from her travel stories. She is a peace bearer to people, with the message of peace, specially to the children because the future of the world is at their hands. She has been visited many school kids at different part of the world.

Najmun Nahar has created an unprecedented history through her journey. Her participation in the International Adventure Programme of India in 2000 initiated her travelling life. By visiting Panchmari, a district of Bhopal, India, she in fact kicked off the journey in what was the beginning of something very special in her life. Zimbabwe, the East African country was the 100th country. she set foot on which marked another milestone.

She held the flag of Bangladesh high above with pride while she walked on top of the world famous cascade ‘Victoria’ in a bid to enter Zimbabwe. The ‘Victoria Waterfall’ floating over half of Zambia and half of Zimbabwe witnessed the making of history that moment.

Activities and hardship through her Journey

There were many dangers on her way but she never gave up. Ignoring fear and uncertainty she has explored high summit, bottom of the sea, remote jungles, and unknown tribal domains.
She reached the flag of Bangladesh to the highest summit. She almost died above 14,000ft in Peru’s Rainbow Mountains because of low air pressure at high altitude. Likewise, many times, during her adventures, she faced extremely dangerous situations which could have easily led to death. She felt down from high Ala Archa mountain in Kyrgyzstan.

Survived without food in African jungle

Many days she survived without food in African jungle. Sometime she ate raw meat to survive in Ethiopian tribal domain, she was stuck 26 hours in the dark of mangrove jungle at Guinea Conakry without nay food.. From heigh temperature her skin has burnt during her adventure in Sahara desert. She crossed many rivers, oceans, jungles and desert around the world. African dangerous incest bited her feat, she survive from many dangerous indecent. But she took them wholeheartedly and went ahead, travelling to one country after another, exploring different countries and working as a peace activist with cultural diversity. It is not a piece of cake to travel and survive in hostile environments, yet Najmun Nahar has accomplished this milestone all by herself without any fear.

Najmun Nahar has received many accolades for her achievements from different parts of the world and from Bangladesh. Harriat Kayena, Governor of Zimbabwe, honoured her monumental hallmark. 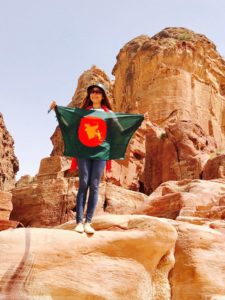 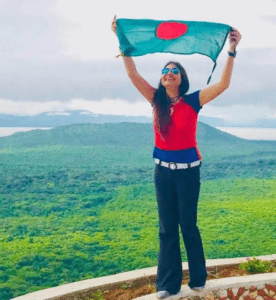 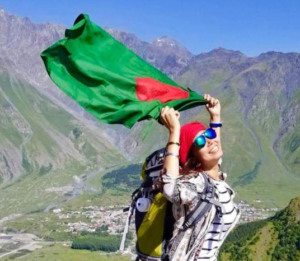 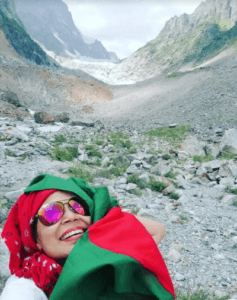 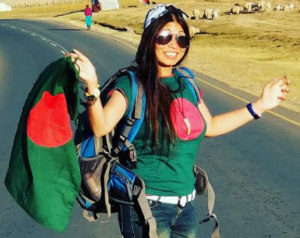