Paco Tous is a Spanish actor who is best known for his role in La Casa De Papel and Los hombres de Paco , he has worked in many films and television series since 2005. He is also a member of the Brotherhood of the Virgin of Hope of Macarena.

Paco Tous was born in February 10, 1964 in  El Puerto, Spain. His father was a banker and his mother was a housewife. He completed his schooling in his hometown and he is graduated from The Puerto Real Campus.

Paco Tous married to Bethlehem Candil and they are blessed with two children.

Paco Tous Linked from his beginnings to the theater (initially through the Seville Theater Institute ), he is a founding member of the Los Ulen company , which emerged at the end of the 1980s . It has been one of the most prestigious Andalusian companies. He was also working for several years as a live animation actor in the Isla Mágica theme park in Seville.

He is a popular television figure in Spain for his role as Paco Miranda in the series Los hombres de Paco (2005-2010), broadcast on Antena 3 .

In 2011 he made his first leading role in film (he had previously made several minor roles), playing the golpista Antonio Tejero in the movie of 23-F: the movie .

From 2012 and until 2014 he starred in the series With the ass to the air of Antena 3 where he gave life to Tino Colmenarejo.

The portuense is an actor committed to social causes. He has been seen in different demonstrations including the one organized in Madrid in 2009 against the attacks of Israel, along with the actresses Pilar Bardem , Verónica Forqué and Aitana Sánchez Gijón .  Also in 2012 he participated in the general strike of the 14N with many familiar faces of the Spanish scene as Maribel Verdú or Antonio Molero.

On June 20, 2016, Paco Tous  begin filming his new film El cambio , in which he plays the goalkeeper. He  shared scenes with other actors such as Hugo Silva , Pepón Nieto , Natalia Roig , Salva Reina or Rossy de Palma . The film is directed by the Malaga native Ignacio Nacho and produced by Marila Films . Its released in June 1, 2018.

He is currently working on a series called El hombre de tu vida (The man of your life) that is broadcast on RTVE , where he plays Father Francisco.

In summer of 2016, is in the running of the second season of the Víctor Ros series, in which he plays the role of Sergeant Giralda, which opens in the fall of 2016 on TVE.

Throughout 2016, he filmed series like Forgive me, Señor , Víctor Ros and Olmos y Robles . He also shot films like The Exchange or Lord, give me patience . It has pending release in addition to these series and movies, Apaches the Antena 3 series .

In 2018, he is in the cast of the series La peste , produced by Movistar + and directed by Alberto Rodríguez. And also in the Antena 3 series , La casa de papel currently broadcast on Netflix, played in Moscow. The series is a success in Mexico, the United States, France, etc., and a new season has been announced.

In February 2018 he was awarded the Medal of Andalusia . 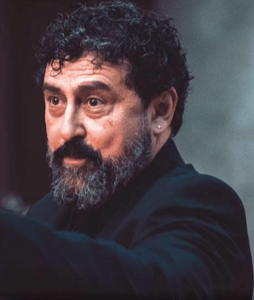 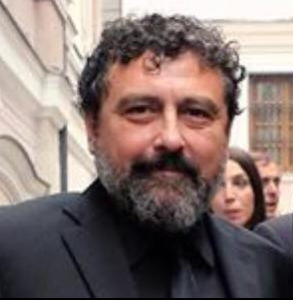 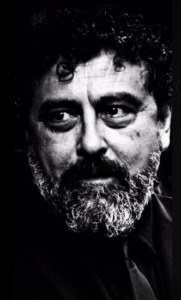 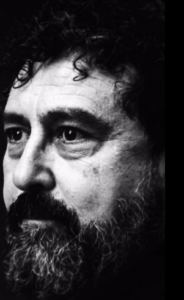