Tor James Faulkner (sometimes referred to as TJ or TJay) is a European singer, voice actor and reality TV personality who is known for songs like “Look For Me In Rainbows” (#7 digital charts) and “Gunstorm” (Top10 airplay charts), being one of the stars of UK’s Psychic Interactive TV show & voicing characters such as Leo’Dan in Journey of the Scroll and Kevin Ryman in Resident Evil.

T.J. Faulkner was born in December 1, 1992 in Europe. His birth name is Tor James Faulkner but he is also known as TJ or TJay.

Although Tor is Swedish, he was educated in the UK where his performance skills were encouraged in both singing and acting. While still attending high school, Tor went to college for acting part-time. 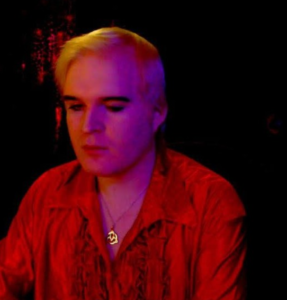 In 2010 Tor released his album “The Reflection” (#4 iTunes), with the aim to raise awareness about the issues surrounding eating disorders. The album included a version of ABBA’s “The Winner Takes it All” and Tor’s self penned track “Make Believe”, which performed well on iTunes at the time.

In 2016 Tor joined UK interactive reality show Psychic Interactive (as TJay) – showing off his spiritual skills live on air, interviewing celebrity guests and talking directly to viewers. Tor stayed on the show until 2020. During this time Tor also featured on Psychic TV (an international version of Psychic Interactive), Psychic Biz Live (a psychic panel show) and was one of the top streamers on Oranum.

His acting career has largely been voice focused, playing a variety of characters with a slant on fantasy on horror. Though he said in an interview with The Table Read online magazine, that he would like to do more comedy.

He has found recent success with his single “Look For Me In Rainbows” which performed well on the digital charts and with a re-release of his collabs with Mark Sheeky. Including the track “You Make Me Happy” which has seen an upswing in streams and downloads.

Tor has a recurring role as Leo’Dan, the sassy elf over a series of RPG video games, including “Journey of the Scroll” and “The Cursed Tower” with a new sequel in the works. 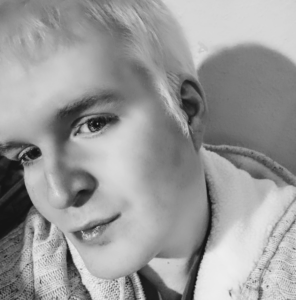