Toriqul Islam is a Bangladeshi author, poet, and screenwriter, He described himself as a storyteller. He has Born on 20 Oct 1995 Born in Rangpur, Bangladesh. 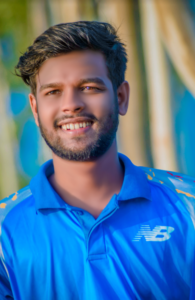 I believe Toriqul Islam is destined to be a maestro of Bengali literature,” said a well-known Bangladeshi poet and journalist. Toriqul Islam is not only a celebrated writer but also a prominent creative soul of Bangladesh. The only wish of this crazy man who has started a movement for books is that people should go to books again. He has so far published 6 books that have been well-accepted by the audience.

For his passion to writing, writer Toriqul Islam is acclaimed and revered not only around the country but also in West Bengal. He was awarded the ‘Mahasweta Devi Smarak’ by the 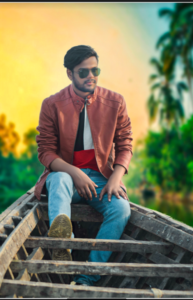 Toriqul Islam‘s book was the first to be adapted into an advertisement film in the country. The country’s premier online media platform, Bongo BD, is adapting his book “Rangila Kitab” into a web series.

Toriqul Islam toured book fairs across the country, beginning with the Ekushey Book Fair at Bangla Academy. He didn’t simply work on books in Bangladesh and India; he also paid a visit to Japan for attending Tokyo Book Fair. With the goal of conquering the world through his love for books, he collaborated with numerous organizations, from the University of Dhaka’s IT Society to The Writers Association, and received tremendous acceptance.

On his Facebook page and group, he has over a million fans and followers. Toriqul Islam is a source of inspiration not just for his admirers and followers, but also for today’s young writers. He strives to inspire the youth to read books and encourage a healthy practice of literature. He is heading forward with the goal of conquering the world through his passion for books.

Toriqul Islam His style of speech inspired many youths of Bangladesh. He started his 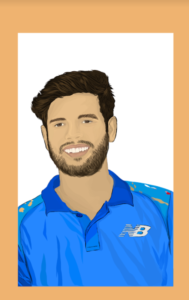 journey by writing for a popular daily newspaper in the country. For 2 years in a row, he has written short stories in Bangla news, almost all the top dailies and online portals in the country. Besides writing, he also put his hand into the film.

He has published 6 books. His favorite and best sellers books are

He is not only a writer but also a leader. The only wish of this crazy young man who has started a movement for books is that people should go to books again.