She is graduated from Heidelberg University.

Aggy K. Adams started her career with working as an actress and she has worked in short.
She has worked in Oh, Ramona!  World War Z  and Undercover Hooligan. She worked in more than 20 project as of 2019.

She has co-founded the non profit organization called Eleven Campaign. 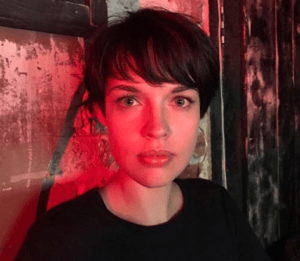