Candice Cruz is an American actress, writer, producer, host and media personality who is well known for programs on AfterBuzz TV, Black Hollywood Live, Popcorn Talk and Buzz 360. Also she is the co-hosts of podcast Bossy Bonitas.

Candice Cruz was born in October 20, 1990 in Kentucky, United States. Her father is a businessman.

She is graduated from University of Kentucky.

Candice Cruz started her career with working as a TV host and later she has worked in short.
She is also a writer and producer but she is widely known for her work in Television. Later on, she founded her own production house named Masked in Entertainment. 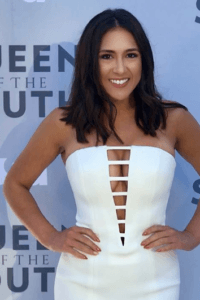