Shams Hassan Kadir, also known by initialism SHK is a model, actor, producer, distributor, business person and social worker from Bangladesh who is referred to in the media as the Nawab of Bangladesh Media & Fashion Frieternity. He has a significant following worldwide and cited in the media as one of the most commercially successful models & actors in terms of income & audience.

Ms. Rahmat Banu Choudhury was born on 17 September 1945 at Mahut Tuli in Old Dhaka City while her father Al Hajj Arifur Rahman Choudhury was a business tycoon and owner of Taj Mahal Cinema Hall In Moulovi Bazar in the heart of Old Dhaka during British Period.

Shams Hassan Kadir has come to the Silver Screen with The First Adventure Movie of Bangladesh Life in Rainbow-হৃদয়ের রংধনু (2019) directed by Razibul Hossain, which was released worldwide.
After that he has worked on a film called 99 Mansion (Unreleased), horror thriller. Now SHK is coming with his upcoming romantic action thriller movie named Advocate Suraj directed by C.B. Zaman which will be shot in multiple languages and released worldwide in 2020.
.

Shams made his debut in the Fashion Industry in 2003 with a runway, He has been Brand Model for different national & international brands like Braun (Germany), Samsung Mobile(Korea), Aarong,Ecstasy,Trendz, Monsoon Rain,CAT’S EYE, Sailor and others.

Shams Hassan Kadir made his first step on the satellite was a Television Commercial for Warid Telecom”, 2007 which was deeply praised by the audiences in Bangladesh & Pakistan. He did some elegant TV Commercials for many different reputed companies such as Telenor, Nestlé (MAGGI), “ACI Limited”,Pran Rfl, “DBBL ATM Service”, Pioneer Insurance Company Limited and others.

He has performed in some of the biggest fashion shows held in the country, such as “Batexpo 07”, The launch of “Dia Asiana” (JPR Show),”Shadakalo” Show (Fashion for Bangladesh), The Aarong Fashion Show, “DCCI” Fashion Show at Lalbaag , Dhaka Fashion Week (DfW), Tri Nation Big Show and etc .

Shams is also one of the Founders of a NPO named as “WE” Foundation. He has been educating underprivileged children & providing primary medical facilities to their families since 2011 in different districts of Bangladesh.

Shams Hassan Kadir has received many awards and international recognitions for his outstanding contributions in humanitarian sector in Bangladesh.

He is also known for importing Onions from Nashik, Mumbai & Stone Chips from different places of India & Oman for heavy construction purposes.

Shams Hassan Kadir is the founder & chairman of music label, motion picture production company & film distribution network named SHK Global. The media often labels him as Magnatizer because of his so many brand works & entrepreneurship ventures. 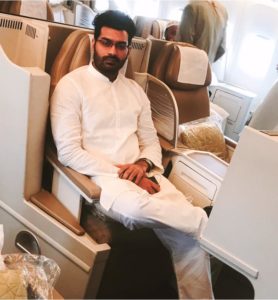 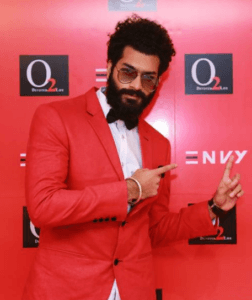 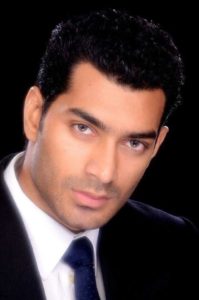