Syed Rezaul Karim was born in a Muslim family on January 15, 1981 in Char Monai, Barisal, Bangladesh. His father  Syed Muhammad Fazlul Karim (Rah) was a Bangladeshi imam and scholar, and his mother is a housewife. He studied in Char Monai Madrasa.

Syed Rezaul Karim started is preacher carrier in 2003 and he got huge fame around the country in 2007, his speeches are very important to his fans. 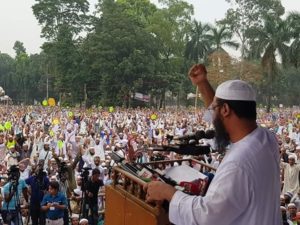