Zahara Mitu was born in a Muslim family on June 20, 1991 in Chittagong. Her father was a government officer, she moved with her family in Patenga, Chittagong, Bangladesh.

Zahara Mitu not married yet and her relationship status is single.

Zahara Mitu started her carrier as a Designer & Fit technician for Amor Fashion Ltd in 2013, later she became Fashion Designer in ZARA Group Of Industries Ltd, in 2017 she started modeling  and became the winner of Super Model Bangladesh 2017. she is the Head of Department, Product Development & Design of Islam Group LTD, in 2019 she selected for BPL host with Towhida Srabonno and Peya Jannatul. 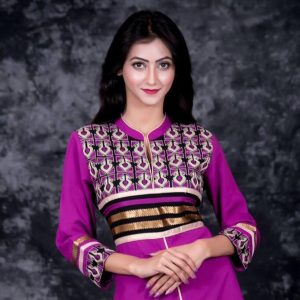